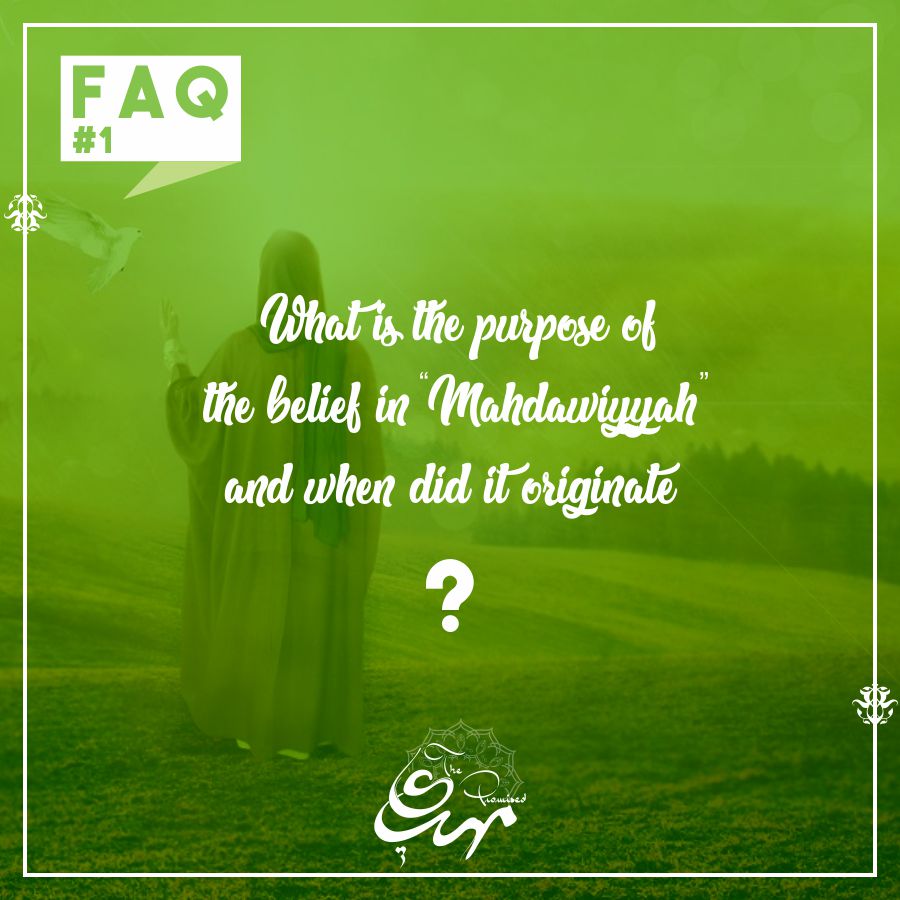 What is the purpose of the belief in “Mahdawiyyah” and when did it originate?

“Mahdawiyyah” is the belief about a universal savior. All heavenly religions like Judaism, Zoroastrianism, Christianity, and Islam make a prominent mention about it. They hold that the last age will witness a person who will emancipate the people from all corruption and evil. Through him, the oppressed will regain their rights and breathe freely.
This creed is not limited to Islam but is an established faith of all religions. Support for the weak, termination of oppression and enlivening the dead are all matters related to the belief in the promised Mahdi. Studies establish the archaism of “Mahdawiyyah”.
This matter has been subjected to distortion in all divine books except the Holy Qur’an. But truth can never be eradicated completely. Some sentences still remain in these ancient scriptures that help us in tracing the belief about the Promised Mahdi in them. It is related to prophecies and the Holy Qur’an testifies about it. Its origin is in Divine revelation and beyond the reach of any human.
Many traditions prove the coming of the Mahdi, as evidenced by this tradition from the Holy Prophet (s.a.w.a.):
“Even if one day remains for the end of the world, Allah the Almighty will prolong it to such an extent till a man appears from my family. His name will be my name and his agnomen will be my agnomen. He will fill the earth with justice and equity as it would be fraught with oppression and corruption.”