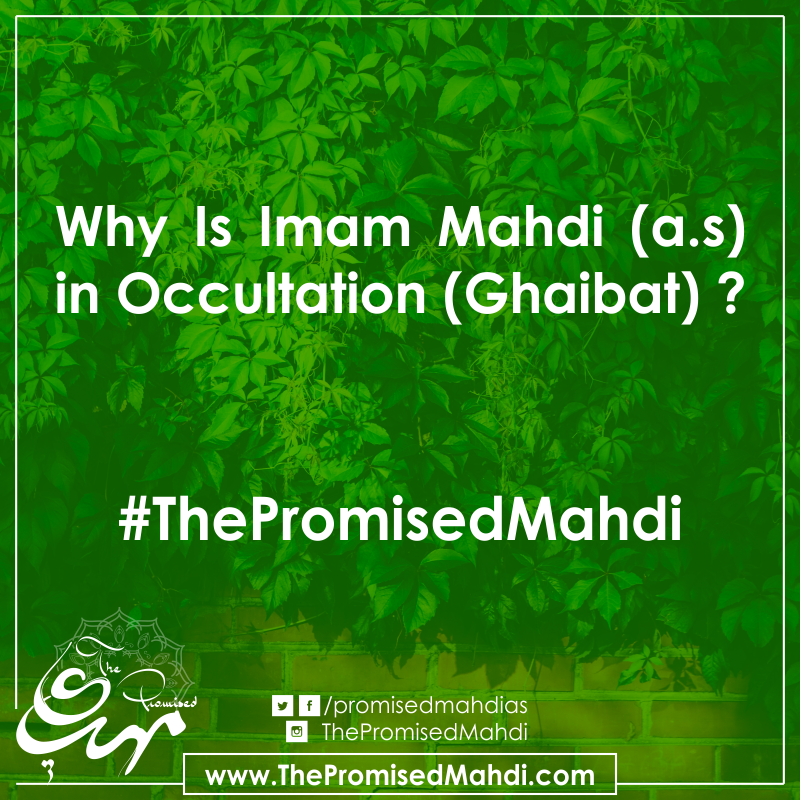 Posted at 13:25h in Articles, Featured, Occultation, Quiz by Athar

The occultation of His Eminence, the Master of the age (a.s) is a necessary thing and His Eminence is not needless of it. We shall discuss those factors that rendered it an absolute necessity.

When Abbaside rulers gained power they initiated the worst of atrocities and tortures on the Holy Imams (a.s). Basically they considered the school of Ahle Bayt (a.s) and anyone who was their adherents to be eligible for extreme pressure and restrictions. They were thrown into horrible prisons and then put to death. Poets and historians have drawn a pathetic picture of the perilous circumstances suffered by the Alawite Sayyids.

Alas! If only the oppression of the Merwanids (Bani Umayyah) had returned and the justice of Abbasides were destroyed and thrown into the fire.

Yaqub bin Sikkit, an intellectual and a scholar of language says regarding Mutawakkil, the Abbaside, when he razed the tomb of the beloved one of the Holy Prophet (a.s) and harassed and tortured the visitors to his grave:

“It is true that Bani Umayyah unjustly killed the son of the daughter of the Prophet of Islam (a.s). But the Bani Abbas regretted not being present among them when they committed this crime. So their malice was expressed in mutilating the grave of the His Eminence…”

One of the causes of the occultation of His Eminence, Imam Mahdi (a.s) is said to be the test of people. It is narrated from His Eminence, the Messenger of Allah (a.s) that he said:

“By Allah! He would go into occultation and none shall get salvation except those who have faith in the heart and whom Allah helps.”

Although the divine practice is appointed that people should be subjected to tests and trials so that those who perform better deeds may be rewarded suitably. The Almighty Allah says:

The one who created death and life so that “He may test you, which of you has the best deeds.”

“Do men think that they will be left alone on saying, we believe, and not be tried”

3. Secrets of the Occultation of the Imam of the Time

The occultation of the Awaited Imam (a.s) is explained to be one of the divine secrets and no one else has any knowledge of it. It is this same point stated by the Messenger of Allah (a.s) when he said:

“The example of the occultation of the Qaim is like that of the Hour (Qiyamat), that only the Almighty Allah is cognizant of it and that it will not come towards you but all of a sudden.”

It is narrated from His Eminence, Imam Mahdi (a.s) that he said:

“Do not put yourself into difficulty and do not ask about matters that have no material or spiritual benefit. And do not ask but pray more for the reappearance as in it lies your success; and peace be to those who follow the guidance.”

“The wisdom of the occultation of His Eminence, Imam Mahdi (a.s) is restricted only to Allah and its knowledge is only with Almighty Allah.”

4. Not paying allegiance to the oppressors by the Imam of the time (a.s)

As a justification of the occultation of His Eminence, the Master of the Age (a.s), it is mentioned that the Imam (a.s) is in occultation so that he does not have to pay allegiance to any oppressive ruler. Hasan bin Ali bin Fazal has narrated from his father from Imam Reza (a.s) that he said:

“The Shias, during the absence of the son of the third of us would be like sheep that run towards the pasture but they would not find the pasture.”

Then he was asked, “O son of Allah’s Messenger! Why is it so”

He replied, “Because their Imam shall be in occultation.”

He replied, “Because if he rises up with a sword he would be compelled to have the allegiance of others upon his neck.”

The above were some of the important causes of the occultation of His Eminence, which we have explained. And the fact is that the Almighty Allah has kept His Wali and the great reformer in occultation due to the reasons best known to Him alone, which we are not aware of.