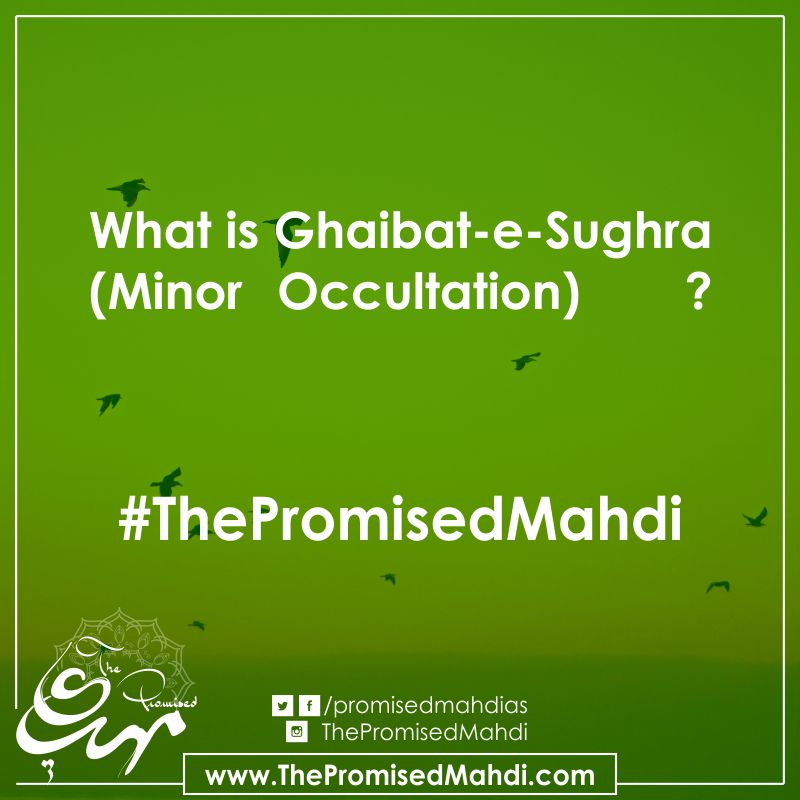 Posted at 13:34h in Articles, Featured, Occultation by Athar

There are two types occultation of Imam Mahdi (a.t.f.s), namely

In this post we will look at Minor Occultation and Insha-Allah in the next post we will see about major occulation.