The Status Of Imam e Zamana (a.t.f.s.) in our lives 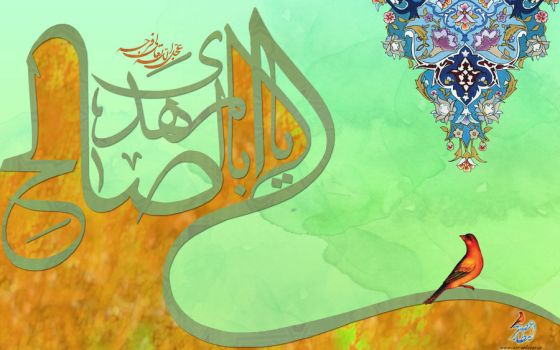 Posted at 13:11h in Articles by Athar

When Masjidun Nabawi came up, the Holy Prophet (s.a.w.s.) would initially give sermons reclining on a dried date tree trunk which was left in the courtyard of the mosque. But when number of people started to swell in the mosque, the companions, after a discussing it among themselves, decide to erect a pulpit for the Holy Prophet (s.a.w.s.) so that the people could see their beloved leader. Holy Prophet (s.a.w.s.), too, gave his permission, so a pulpit with couple of planks and a platform was built.
When the first Friday arrived, the Noble Messenger (s.a.w.s.) waded through the crowd, leaving the tree trunk behind and walked towards the pulpit. As he was about to mount on the pulpit, suddenly there the date tree trunk let out a loud wail much like how a mother weeps over a dead son. Hearing the heart-breaking cries of the tree trunk, even the crowds started to cry.

The Holy Prophet (s.a.w.s.) stepped down from the pulpit, put his arms around the tree, caressed it and said, “Don’t be disturbed,” and went towards the pulpit. He then said to the people, “Oh people! This dead tree is expressing its love and fondness for the Messenger of Allah and is getting upset due to this separation. But there are some who aren’t even slightly perturbed if they are close or far away from me. Had I not embraced it and caressed it would have cried like this until the Day of Judgment.”
( Behaarul Anwaar: vol 17, pg 366-367.)

It is a point to pause and ponder. One lifeless tree began to cry aloud on getting separated from the Messenger (s.a.w.s.) that too when the Holy Prophet (s.a.w.s.) was well within its sight.
What’s is wrong with us that we aren’t even able to see our Master, Imam Mahdi (May Our Lives Be Sacrificed on Him), the Imam of our time and are far away from him, yet we are busy in our daily lives even without bothering to think about him. What’s sad is that we remember everything and everybody except for our Imam (a.s.)!
Sayed Kareem, a tailor from Iran, is counted amongst the fortunate ones, who had the blessings and honour to meet the divine representative of Allah. He would meet Imam-e-Zamana (a.s.) at his humble abode.
It’s written that one day Imam (a.s.) told this fortunate man:
“Sayed what will you do if you don’t see me for a week?”
Sayed Kareem replied, “Oh my master, I will die!”
Imam (a.s.) said, “If this wouldn’t have been the case then I wouldn’t come to meet you.”
(Ref: Rahat-e-Qurbat Imam Asr pg 68)

Let other things be, but isn’t it true that if a few (not all) form a group of friends that craves and is restless for Imam (a.s.), then will it not be possible to see the reappearance?

Ours is a story of someone who has lost his father. We are like those children whose immature thought process doesn’t make them realize in how big a calamity they are trapped in. But those who are grown up and understand the depths of a tragedy express their empathy, as Imam Hasan al-Askari (a.s.) says, “More than losing one’s father, getting cut off from an Imam with no means to reach him, is the most severe form of orphanhood.”
( Behaarul Anwaar: vol 2, pg 6)

In a few newspapers there is a column for missing people in which the details of those lost are carried alongside a photograph and contact details. In some cases they also promise to suitably reward those who find the missing person. Overall there is a sense of desperation in the voice of those who are in search of loved ones.

Who amongst us is so distressed or anxious to find our Imam-e-Zamana (a.t.f.s.)? Is here a criterion to see him and find a place in his pious company?

Holy Prophet (s.a.w.a.) says:
“There’s none who keeps his faith in Allah but; the one who prefers me over himself, my progeny over his progeny, my family over his family, my life over his life.”
(Behaarul Anwaar: vol 27, pg 86)

What do we do if our child doesn’t come on time from school? Surely, we don’t sit back and wait. We set out in the streets and lanes searching with the hope that all’s well and no untoward incident has occurred.

How many in the Shia community consider Imam-e-Zamana’s (a.t.f.s.) ghaibat to be a cause of grief and distress and wish to find a cure for this pain? How many people have you seen, who, albeit temporarily, have relinquished their lavishness in view of this affliction? Do you know of anyone who has forsaken his sleep, hunger or thirst even once in this cause?
If we were handed a questionnaire which asks us to list our needs priority-wise, then how many percent would put the reappearance of Imam (a.s.) right at the top?

If an angel descends from the skies and tells us, “I will certainly fulfill a wish of yours,” then how many of us will ask for our most important need: The reappearance of Imam Asr (a.s.)? When we go for ziyarat, at the times when our prayers are heard, at a time when our hearts are broken and tears are trickling down from our eyes, how many of us first pray for the reappearance of Imam (a.s.) then our needs?
In true sense, what spot does Imam-e-Asr (a.s.) occupy in our lives? In the main course or in the margins? We, regretfully, must say that in some people’s life, our Master doesn’t even find space in the margins.

If someone invites us to his house, asks us to join him at the food table, we try our very best to reciprocate the affection he has shown towards us. Then what has happened to us, that we sit along with our kith and kin, with our friends and in fact with the entire creation of Allah due to Imam’s (a.s.) generosity break bread yet we are still not loyal to him?

It’s saddening to know that the youngsters of our community have more information about film stars, sports stars, external and internal affairs rather than their religious figureheads and in reality our personal and collective lives is bereft of Imam-e-Asr (a.s.).

Most Shias have unclear and very little knowledge about some part of Twelfth Imam’s (a.s.) life. They may not be clear, in true sense, about the reason for Imam’s (a.s.) ghaibat and reappearance, but how much do they know about the other eleven Imams (a.s.)?

A few years of drought breaks the back of the farmers and with a broken heart we offer Namaz-e-Istesqaa — bareheaded and barefooted — even if there’s a little possibility of rain. Isn’t it appropriate for us that the 1200 years of ghaibat which in true sense are the dry years and an era of dearth of integrity, in which misfortune has become our fate, in this world and hereafter. In which protecting the religion is as difficult a thing as keeping fire on the palm. Shouldn’t we then hit the road that lead to the plains and deserts to pray for the reappearance and hastening of deliverance?

The Bani Israel did the same and got their prayers answered. Their young and old, women and children, went into the wilderness and in order to get freedom from Firaun they prayed to Allah to send a Messiah who would rescue them. Thus, Allah reduced His wrath upon them by advancing the reappearance by 170 years.
We are always engrossed in prayers for our personal and worldly needs regardless of it getting approved or not. But we pray very little for the hastening of the reappearance or to gain proximity to Imam (a.s.) even though all the Infallible Imams (a.s.) have categorically said that the effectiveness of the prayers will be very powerful in bringing the reappearance closer.

The Imam (a.s.) is really very forlorn during the journeys taken for Ziyarat and in seeking refuge. Has it ever happened that we have opened the Mafatihul Jinaan to recite the Ziyarat of Saheb-e-Amr (a.s.) and pondered over its sentences? When we travel to the holy places how many days do we spend in Samarra?
To seek nearness to Allah, to gain the good fortune in this world and hereafter and to save themselves from the Divine wrath the people should turn towards the Imam Mahdi (a.t.f.s.). If they don’t do this, they will only be harming themselves and with their own hands provide the means for their destruction in this world and hereafter. Then, they themselves will be responsible for it.