Acquiring of Knowledge during Occultation and Our Responsibilities 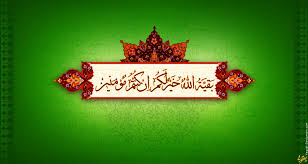 02 Jun Acquiring of Knowledge during Occultation and Our Responsibilities

Posted at 06:59h in Occultation, Quiz, Responsibilities by Athar

The present era, the period of the occultation of our Last Imam (a.s.) is quite different from all other periods in the journey of human excellence. Man has made more progress in the last four hundred years than the entire human history. And this progress has not been limited to any one facet of life. It has spanned and encompassed the entire human life from all aspects.The intellectuals of the present century have coined phrases like “era of knowledge”, “age of science and technology” etc. Numerous inventions of this century have made our lives comfortable.

The Prophet of Islam (s.a.w.a.) has gifted this era of knowledge with the ultimate miracle of knowledge – the Quran. The Infallibles (a.s.) have also foretold the nature of this period through numerous traditions.

But along with various discoveries, also comes the widespread misuse of science in the form of hateful propaganda and newer ways of committing sins and spreading evil. What would require a huge effort and much expense to do in the past, can now be done at the click of a button. Be it television or the internet. On one hand they are a means of getting knowledge and information, but they also spread corruption in the minds people – especially the youth. Oppression, debauchery, sloth and shamelessness have become rampant.

One sees morality being turned on its head and basic values cultivated by all faiths and ideologies bite the dust. Modesty and being true to religion is termed fanaticism. The decadent are praised for their right to expose and the rich and famous are saluted and idolized. Spirituality has become outdated. The last age has arrived as Ameerul Momeneen Ali Ibn Abi Talib (a.s.) predicts:

“I swear by Him, in Whose hand is my soul. You will not meet what you like [the advent of al-Qaem(a.s.)] until a time comes that you spit at each other’s face, call each others as liars and until none of you remain except like the kohl in an eye or like salt in food. I give you an example. It is like a man having some food (grains). He sifts and purifies it and then he keeps it in a store for some time. Then he comes back to find that his food has become infested with worm. He takes it out, sifts it and puts it back into the store. After a time he comes to find that his food has become infested again. He takes it out, purifies it and puts it back into the store. He does this again and again until nothing of his food remains, except the very least, which will never be harmed by the worms. So it is with you! You are going to be examined until none of you remain safe except a few, who will never be affected by seditions.”

The present era has made our lives comfortable but eroded the core spiritual values. A grim situation indeed! What then can be the solution?

The very reading of this article proves that knowledge is the basic necessity for the understanding of anything. It is an obvious reality which needs no proof. If you want to gain experience or do something you should know about it first. Even conjecture is dependent upon preconceived notions from our store of knowledge.Thus it is an undeniable logic that to be a Muslim one should know about Islam. To be a believer one should know about beliefs.

‘Seeking knowledge is obligatory for every Muslim. Let it be known that Allah loves those who seek knowledge.”

Deep understanding of religion is the path to paradise and the lack of it is the road leading away from the Mercy of Allah. Knowledge is the key which unlocks man’s understanding and intellect.

As our seventh Imam (a.s.) advises Hisham in a lengthy tradition,

The following example should sufficiently illustrate the importance of a believer’s understanding of his religion while he worships his Lord and the consequences if he is ignorant about religion:

The following tradition is found in the first volume of Al-Kafi of the esteemed Scholar Sheikh Kulayni (a.r.). The sixth Imam (a.s.) said,

Thus we need to gain knowledge, i.e. educate ourselves to increase our understanding.

The famous tradition which one reads from banners and posters across mosques and Islamic educational institutions reiterates the value of knowledge. The fifth Imam, Abu Ja‘far (a.s.) who has said the following:

‘‘A scholar who benefits from his knowledge is better than seventy thousand worshippers.’’

What is the source of this pure knowledge?

‘Turn East or west, you two will not find true knowledge except that which has originated through us Ahlul Bayt (a.s.).”

True knowledge includes the knowledge of religion, the Quran and the narrations of the Prophet (s.a.w.a.) and his infallible progeny (a.s.). This should serve as sufficient and conclusive evidence on the need and importance of gaining knowledge, i.e. education among believers.

A believer bears two responsibilities upon his shoulders – one being self-progressive and the other being an aide and helper to other believers – be it family, neighbours or the community at large. Abu ‘Abdillah, Imam Sadiq (a.s.), has said the following:

‘‘Allah is not worshipped better than by fulfilling the rights of the believer.”

Then the solution to the problem of safeguarding our faith in these perilous times lies at the individual as well as the social level.

How does knowledge safeguard Religion?

The virtues of education per se have already been discussed in the preceding paragraphs at great length.

The question is how does knowledge help us in these perilous times? Has it the capacity to stem the waves of evil away from our inner selves? Can we individually and collectively stay on the right path in the occultation of our Imam (a.s.)? The answer is a resounding yes. But as with everything, it is only possible with the help of Allah and His pure guides (a.s.).

Since we bear individual as well as social responsibilities as per the above tradition, all further narrations will have to be viewed from both a personal and a social angle.How do the people of wisdom and understanding act in times of difficulty? Abu ‘Abdillah (a.s.) has said the following:

“It is in the wisdom of Aale-e-Dawud (a.s.): A person of understanding must learn about the nature of his time, pay attention to his affairs and safeguard his tongue.”

How clear are the words of the sixth Imam (a.s.)! A person who has understanding will educate himself (worldly and spiritually), gain a perspective about his situation, plan accordingly and move in a silent manner. A society which is well educated and systematic in approach is perceptive of the dangers of moral corruption and can tackle it accordingly.

It would suffice to produce excerpts of the well-regarded book Mikyalul Makarim vol. 2, pages 170-175 (English Edition) regarding this. “It is obligatory to recognize our master (a.s.) and this is amply proved through traditional reports:

O Fudail, know your Imam, for if you recognize your Imam properly, the advancement or postponing of this matter will cause you no harm. Because one who recognizes his Imam but he dies before the advent is having the same position as one who sat in the Imam’s (a.s.) tent; rather it is likeone who sat under his banner. The narrator says: Some companions of the Imam (a.s.) said: The Imam said: It is like one who achieved martyrdom in thecompany of the Messenger of Allah (s.a.w.a.).

Also in the same book, through an approved chain of narrators, it is narrated from Fudail bin Yasar that he said: I heard Imam Muhammad Baqir (a.s.) say:

It is a report mentioned in Tafseer Burhan from Muawiyah bin Wahab narrating from Imam Ja’far Sadiq (a.s.) that he said:

Indeed the best and the most obligatory duty of man is to recognize God and to confess ones servitude to Him.  And after that is the recognition of the messenger of God and to testify for his prophethood … After that is to follow an Imam in every circumstance after recognizing him by his name and qualities.

Recognition of Imam (Maarefat) should then be the most sought after knowledge for a believer in the period of occultation. It is the true education, which should be both learnt and taught.

The best definition of this can only come from the Divine. And so we seek the guidance of the Infallibles (a.s.). Imam Sadiq (a.s) said:

The word recognition or cognition is of special significance for the tradition. For it states, that a person with recognition will act upon his beliefs. What then is recognition (ma’refat)? Imam Baqir (a.s.) advises his son:

“Surely cognition is the comprehension (deraaya) of the narration and comprehending a narration raises a believer towards the farthest levels of faith.

Let us elucidate the word “deraaya” with a small example. It is possible to see a doctor smoking a cigarette or drinking wine, while it is clear for him that both substances are harmful to his health. But what if the doctor were to contract cancer? Would he then smoke? No, what was only knowledge (in terms of information) for him then has changed to clear comprehension of the reality of its effects.

Let us sum up the facts: Recognition is knowledge with comprehension of its reality and the only way of salvation in the hereafter. And a wise person must educate himself to be safe from the worldly corruption of the times.

What is the effect of  knowledge and faith?

The effect would be of enormous magnitude. For example when a person learns about his beliefs (and learning is obligatory upon him according to the traditions on knowledge), then he will be firm upon them. He learns of the good actions and he will act upon them. He will know about sins and he will avoid them. He will learn of the ways of aiding Imam (a.s.) and he will strive for it. In fact, true education of a believer and of the society becomes the primary duty of a believer in the occultation of Imam (a.s.) in view of the above two explanations. For, it is through true education that he is able to discharge all his other responsibilities.These then will be the chosen ones, whom the Holy Prophet (s.a.w.a.) has regarded as brothers and given them priority over his faithful companions. Hence he prayed:

O Allah! Join me to my brothers. His companions enquired: Are we not your brothers? He answered:

No! You are my companions. My brothers are a nation of people of the last era who have kept their faith on me while they have not seen me. Then he (s.a.w.a.) described their virtues.

So with the aim of his blessed service, in this day and this hour we renew our pledge to submit, follow, aid and defend our Imam (a.s.).

“…. O Allah! In this morning of my day and the days that I have lived (of my life), I renew the covenant, the promise and the allegiance for him (a.s.) on my neck; I will never remove it nor shall I ever turn away from it..”